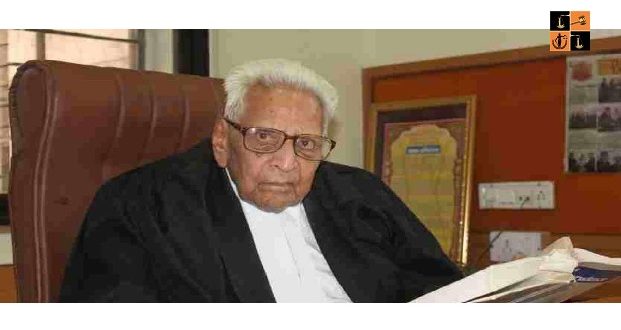 Age is just a number! This practising lawyer from Rajasthan’s Jodhpur proves this adage as he turned hundred on Friday and despite becoming a centenarian continues to learn new things. He is attending his virtual hearings after learning the tricks of the virtual world in his 100th year. The Advocate is Lekhraj Mehta from Jodhpur who turned 100 on Friday. Mehta has been a legendary name in the field of law and has taught many eminent figures including Ex-CJIs, CMs and International Court Judges too.

Mr Mehta has been practising law since 1947. However, during the pandemic times, he learnt the art of attending his Court hearings via video conferencing. In fact, he also learnt video calling and video meeting since last year’s lockdown. Age is never a barrier for me to learn new things, says Mehta who is a habitual learner and keeps himself updated about his case matters, meets people and apprises himself of the latest developments.

However, as the COVID pandemic changed the way of working, Mehta like other people had to keep himself limited to his home. Being a quick learner, he made his grandson Ramil Mehta his ‘teacher’ and learnt the art of attending video conferencing, video calling and video meeting and hence the challenges of the pandemic were overcome for his professional world.

He didn’t leave his practice of studying his cases thoroughly and continued to stay in touch with his clients with video calling. Mehta has been a teacher to eminent figures such as former CJI RM Lodha, Justice Dalbeer Bhandari, Rajasthan Chief Minister Ashok Gehlot and ML Singhvi.

Born in 1921, he had heard of Spanish Flu from his family members and now after hundred years, he is seeing the changing world during the pandemic. However, he believes that this time the world has not stopped thanks to the internet and mobile communication.

Even when the Congress’ CP Joshi lost the assembly polls by one vote and took the Court’s shelter, Mehta didn’t allow him to win the polls against Kalyan Singh. Similarly, Ex-Vice President Bhairon Singh Shekhawat’s victory was challenged twice in Court, but Mehta ensured his victory stayed intact. Nathuram Mirdha lost the assembly polls to Govardhan Soni and approached the Court. His plea was dismissed, courtesy of Mehta’s smart approach.

As he turned 100 today, he said senior citizens should set their timetable right since morning, should decide what they will eat and what they should not, walk a lot and practice yoga to stay healthy