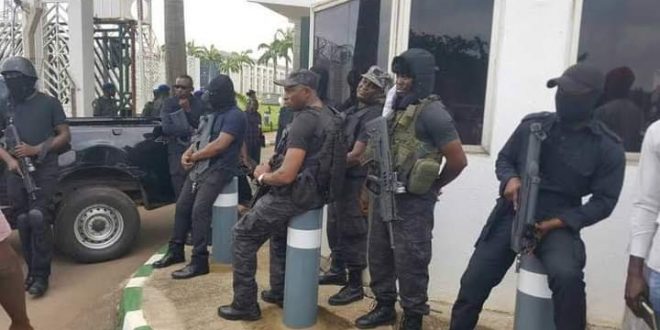 This comes as BDC operators and other traders rounded up by security agents in March, on suspicion of involvement in financing of terrorism have remained in detention, almost three months after their arrest.

On a few occasion recently, the Minister of Justice and Attorney General of the Federation, Abubakar Malami, has stated that the federal government will put in about 400 suspects on trial for financing terrorism.

President of the Association of Bureaux De Change Operators of Nigeria (ABCON), Aminu Gwadabe, said each of the 180 BDC operators was made to pay N5 million penalty to CBN, amounting to N900m.

“After engaging with the CBN and appealing to them, we were able to clear about 180 of our members who were asked to pay N5 million each as penalties. They have complied and are now returned to their legitimate business,” Gwadabe said.