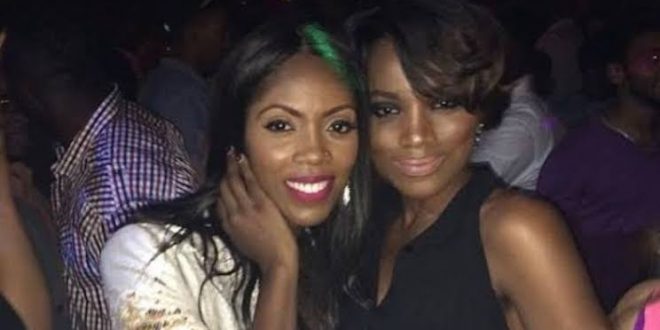 It was war with caustic languages. strong, emotional outburst of words.

They engaged each other in a heated war of words at a Lagos hair salon.

There has been no love lost between the two music stars with their face-off spanning several years.

In 2016, Seyi had during an interview claimed not to know Tiwa personally even though they had met before.

The feud between the pair, however, took a dramatic turn when they met at Tayo Cuts salon in the Lekki axis of the state on Tuesday.

In a video of the incident, which surfaced online, the drama appeared to have started when Seyi attempted to greet Tiwa.

In her response, however, the ‘44-99‘ crooner called out Seyi while wondering why she would approach her despite criticising her on numerous occasions in the past.

Tiwa also accused the ‘Pempe’ singer of working with Victoria Kimani, a Kenyan musician, to smear her name in the past.

“Listen, don’t come to me and think you can say hi with the dirty and disgusting spirit that you have. You think I have forgotten what you and Victoria Kimani did many years ago? You think I can forget?” Tiwa queried.

But Seyi fired back at the ‘Celia’ singer, threatening to expose her in the presence of others within the facility.

“Like what do you think we did, Tiwa? Like what? You want me to open everything here, I’m not like you. I’m not going to do that. I’m not petty,” she replied.

Seyi’s comment further infuriated Tiwa, who was seen daring her colleague to divulge the said secret.

“Open it if you have the nerve, open it. You’re the one that said you want to open my ny*sh here. God should take my son if I have done or said anything against you or Victoria Kimani. I’m made, I have money, I don’t have anything to take from you,” Tiwa continued.

“I have never taken a job from you. I didn’t say anything but you did songs and went on interviews. You called me on phone talking about sh*t.”

Seyi, however, told Tiwa to stop “acting out” as if she does not know what transpired between them in the past.

“You want to start acting out…Tiwa, don’t let me open your ny*sh here. I’m not really petty like you…,” she added.

It took the intervention of other persons at the salon to prevent the brawl from getting out of hand.

In 2019, Seyi and Kimani had put out their covers of ‘F*ck You’, Kizz Daniel’s hit song, wherein they had both dissed Tiwa Savage.

In Seyi’s clip, she had accused Tiwa of attempting to “snatch my lover” despite claiming to be her sister.

“You said you be my sister, but you wan collect my lover, you be deceiver… that’s I don’t have time for you anyone…,” she was heard singing.

Kimani, in the second clip, was also seen taking a swipe at Tiwa. “We all know you’re selling py” and it’s depressing…fk you if you ever took my love for granted,” she had said. 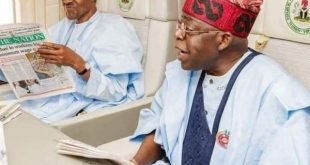 President Muhammadu Buhari’s reference to Lagos while speaking on the future of the All Progressives ...