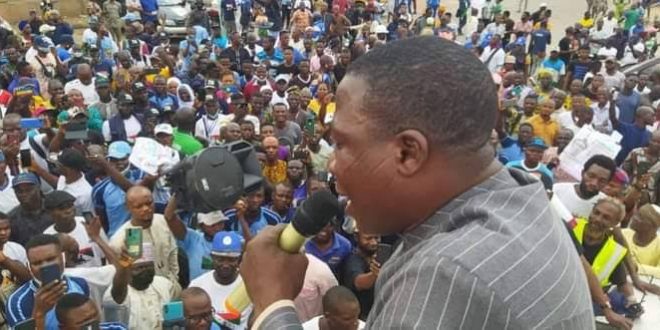 The self-acclaimed Yoruba activist said the agitators will hold ‘peaceful rallies’ across the southwest region on Saturday, June 12.

Igboho, who spoke through his spokesman, Olayomi Koiki .

warned the Buhari-led administration not to attack the agitators.

He said: “Let us warn the Federal Government that if there is bloodshed this weekend, the international community is watching, if the military kills any Nigerian this weekend, it is going to be very hot.

“The Yoruba Nation rally will go ahead in every part of Yoruba land and the rest of the country where it will hold.

“Red alarm will begin on Friday. People should stock up food Items from Friday night.

“We are not backing down this weekend; we are ready to take back what belongs to us.”

He also enjoined agitators to ‘fast’ on Friday.

This is coming after NANS under the leadership of its National President, Comrade Sunday Asefon, declared June 12 as National Day of Peaceful Protest to call on the government to act decisively towards addressing insecurity.

Publisher of Sahara Reporters, Omoyele Sowore, had also called for a nationwide June 12 protest against the President Buhari-led administration.