Find the latest bookmaker offers available across all uk gambling sites www.bets.zone Read the reviews and compare sites to quickly discover the perfect account for you.
Home » buhari » That Live interview with President Buhari.. Things he said 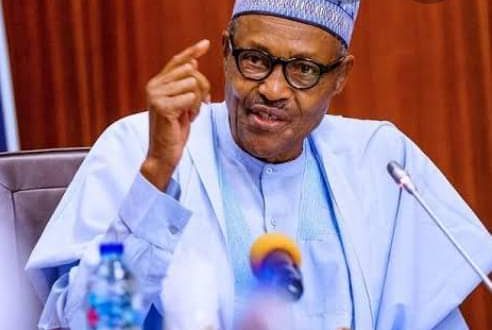 That Live interview with President Buhari.. Things he said

Today, June 10, 2021 at 8am, President Muhammadu Buhari featured in an exclusive interview on The Morning Show Special of Arise News.
He was interview by Nduka Obaigbena
Segun Adeniyi’
Reuben Abati,
Todun Abiola ..

“The previous earn more with nothing on ground. Did you ask them where they kept our money? If I knew where, may be I would not borrow. They sold oil at $100, we sell at $25 sometimes. They wasted money on power, no light, no road, no rail. We are the ones constructing bridges, building roads and rails. Today, I’m commissioning Lagos Ibadan Railway, I will commission Lagos Ibadan Expressway later, I will commission more across the country. No country can survive without infrastructures…..”

“Take the North West for example, people with same language and culture are killing themselves, stealing each other’s properties. Imagine the madness. Well, I have now told the military and the Police to be brutal. From now, we will speak the language they understand and in the coming weeks, you’ll get exactly what I am saying.”

Buhari to Governors : Fix Security Problems in Your State
——————————-@
“Two South West Governors came to me to say cattle rearers are destroying farms in their states, I asked them what happened to the grassroot security panels from Traditional Rulers to Local Governments who meet regularly to identify the root of their problems and identify crooks within their environment. Who destroyed this system? Go back and fix it, give your people sense of belongings. I don’t like it when people campaign to become Governors and people trusted them with their votes and after winning, they can’t perform, they’re trying to push responsibilities to others. ……..we have three tiers of Government, Federal, State and Local. We have killed the Local Government totally. We will send N300m as allocation to a Local Government, one Governor will ask the LG Chairman to sign that he collected N300m but he will give him N100m and the Chairman will keep quiet…..is that how we will continue???”

I will return to my farm after leaving office, says Buhari

…You’re saying someone who had gone through military and police training all his life should not be appointed to lead the military or police department he works with just because we must balance appointments? What are you saying? The system didn’t restrict anyone from joining the military or the police, and if you decided not to join, we will not force you but you too will not force us to bring someone who is not qualified in training and experience when it comes to leadership of these institutions just because we want to balance some appointments……..”-

Tags slideshow. news That Live interview with President Buhari.. What he said