Find the latest bookmaker offers available across all uk gambling sites www.bets.zone Read the reviews and compare sites to quickly discover the perfect account for you.
Home » Entertainment » Celebrity » “THE MKO ABIOLA I KNEW” —FEMI OTEDOLA 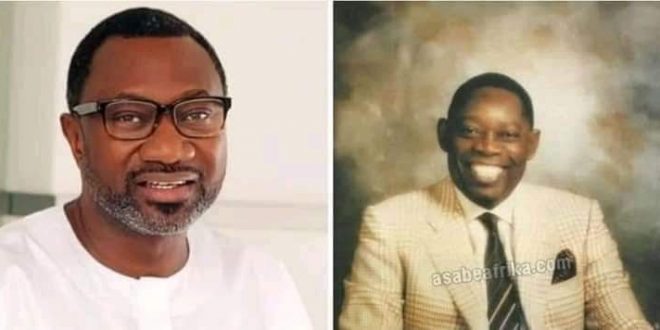 My first memory of Chief Abiola was around 1971, about 47 years ago, as a pupil of the Staff School at the University of Lagos where Kola, his first son, was my classmate. A dutiful father, he used to pick up his children from school regularly.

Fast forward to 1990 when I was a young entrepreneur. I had a taste of Chief Abiola’s magnanimity and kindness. I developed the idea for an Awolowo Memorial Concert which I shared with my good friend and Papa Awolowo’s grandson, Segun, who went to see Chief Abiola about our intention to have him as the Chairman of the event. And despite his political difference with Pa Awolowo in his lifetime, he not only showed up but arrived with his late wife, Alhaja Simbiat Abiola – and they danced to the various artistes, especially Sir Shina Peters.

The highlight for Segun and I was the NGN100,000 cheque he gave us at the event. A huge amount back then and we admired it all the way to the bank.

While we were seeing them off, he took me aside, shook my hand in commendation and called me a Great Man.

In 1991, I went to tell my late father, Sir Michael to go into politics and he dismissed it saying politics is not for “omoluwabis” as he also made a reference to the travails of Chief Abiola with the NPN leading to his much-publicized retirement from politics. I succeeded in getting him (my father) to run… and the rest is history.

After my father’s victory at the polls and seeing the need to rest, the then Governor of Lagos State, Brig. Gen. Raji Rasaki (Rtd), advised him to take two weeks off, restrict visits as he provided the LASG Guest House on Joel Ogunnaike Road, GRA Ikeja, for the purpose. After a week there, I went to see my late father around 7.30 am and, lo and behold, I met Chief Abiola and Alhaja Simibiat waiting to see him in the living room. And when he saw me, he said, “Great man, where is your daddy?”

My late father felt Chief Abiola would make a great President because of his deep wisdom, large heart and pan-Nigerian outlook…

I have studied Chief Abiola’s life in politics, philanthropy and most importantly building people, and his doggedness, fairness, wisdom and a good heart are traits that should be emulated. He was a man of all seasons.

I wonder what it would have been like if Chief Abiola was sworn-in as President. Did we lose the opportunity to become the Dubai of Africa? Would Nigeria have surmounted the developmental challenges we face in health, education and industrialization?

Your guess is as good as mine.

Previous June 12: Protest suffers low turn out across Nigeria
Next Opinion: THE WORLD PRAYS TO SAVE ERIKSEN