Find the latest bookmaker offers available across all uk gambling sites www.bets.zone Read the reviews and compare sites to quickly discover the perfect account for you.
Home » Entertainment » Celebrity » Behold the copyright owner’ of Oniduro 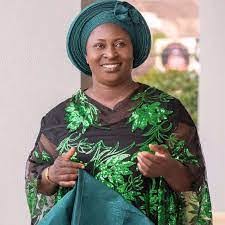 Behold the copyright owner’ of Oniduro

Adelegan, in a video obtained by explained she is the original composer of the song, which was part of an album she released about seven years ago.

The song, which is currently trending, has been sung by Tolu Adelegan, Shola Allyson and Yinka Alaseyori, at different times.

In a video making the rounds on social media, Tope Alabi criticised the song, saying God isn’t her guarantor because He’s more than a guarantor.

But Adelegan in the song explained how God stood for her as a guarantor during tribulations and trials.

Oniduromi song
She said: “I want to appreciate you all for what happened yesterday and for now that it is still trending.. I assure you, I won’t disappoint you.

“The video of that Oniduro mi will be out soonest.

“I thought before that I want to remix it but now I won’t remix it. I will do it the way I have done it.

“I have sold over 25,000 copies on that Album within that seven years to the glory of God but I want to do the video and I assure that on or before July ending, the video will be out.

“I promise you all that the video will be out, don’t let us rush it.” She added

Adelegan urged worshippers to let Jesus be their guarantor and not seek powers of the world.

The BBC did a great job by going to Akure few days ago to fish out Mrs. Adelegan ‘the singer and copyright owner’ of Oniduro.

In the interview, Mrs. Adelegan said she released the stuff in 2014, and when Yinka sang it in her record in 2016, she ‘contacted her and the people around her’ on the copyright infringement. But they ignored her.

She said she prayed and God said she should leave the matter for Him.

After the ‘bubble’ from Tope Alabi came on on Sunday, Mrs. Adelegan said she prayed again and God said He will intervene this time. Hours later, the BBC surfaced in Akure for an interview.

My point is that copyright theft or infringement is a criminal act either the owner complains or not. It becomes shameful when the ‘thief’ decides to carry on as if nothing happens after a complaint.

(A man from ECWA Church also accused Tope Alabi of theft in her Agbelebu album yesterday…and that Tope Alabi and her husband dared him to go to court. Ebenezer Obey, who is the friend of the man’s father, later prevailed on him not to go to court and leave the matter in God’s court)

And if truly Mrs. Adelegan contacted and complained over the copyright infringement since 2014, and when the Tope Alabi ‘error’ came on Sunday with the backlash in her favour, Yinka’s silence and decision to profit from the whole scenario is equally ungodly.

This time, Mrs. Adelegan is confident that “God of Apostle Ayo Babalola will fight her battle.”

Previous (Opinion) : Tope Alabi, this is most unfortunate
Next Opinion : WHO IS NIGERIAN PLAYER OF THE 2020/21 SEASON (ABROAD)?