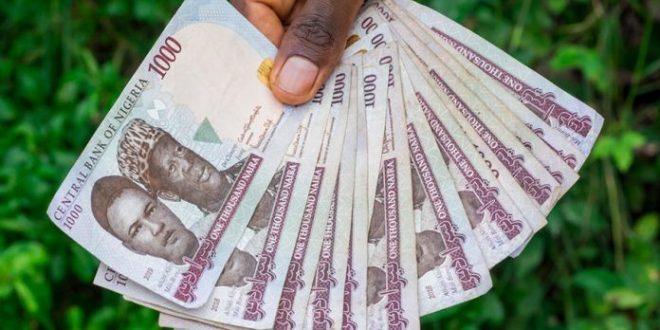 The Central Bank of Nigeria, CBN, has warned Nigerians against spraying the Naira notes in parties and other events.

The CBN spokesman, Isaac Okorafor, who made this known on Thursday in a statement, said defaulters would be jailed for not less than six months and would be given the option of a N50,000 fine.

According to the spokesman, the CBN has concluded the decision to establish mobile courts to prosecute those abusing the Naira notes.

He noted that the security agencies particularly the police operatives would be involved in monitoring the Naira users and ensure that the order is enforced across the nation.

“If a celebrant is dancing and you spray him/her, you may go to jail from the party venue, because the law enforcement agents will be there, waiting to arrest you.

“The law enforcement agencies must catch offenders and take them to court. Our (CBN) collaboration with the police will intensify as we move to implement the mobile court for offenders,” Mr Okorafor said in a statement on Thursday.

The CBN spokesman urged Nigerians to ensure that monies being gifted to their loved ones either in an event or not are properly enveloped to avoid abusing the note.