Find the latest bookmaker offers available across all uk gambling sites www.bets.zone Read the reviews and compare sites to quickly discover the perfect account for you.
Home » Entertainment » Celebrity » Opinion: AMOKACHI, 10 MONTHS ON AS SPECIAL ADVISER TO THE PRESIDENT….ANY IMPACT? 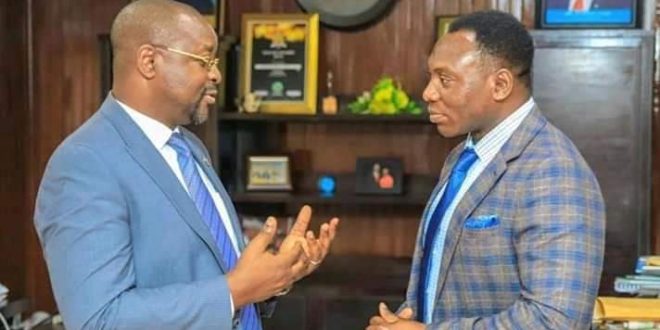 Opinion: AMOKACHI, 10 MONTHS ON AS SPECIAL ADVISER TO THE PRESIDENT….ANY IMPACT?

On appointment, millions of Nigerians hailed his choice by Mr. President thus, hoping that he will bring his wealth of experience to bear on his job especially as it is believed that his principal has so much confidence in him.

10 months on, Nigerians have started wondering what’s happening to Amokachi as they can hardly see any impact by him on sports.

This has fuelled rumour or speculations that Amokachi has never met Buhari since his appointment was announced by the Sports Minister, Hon. Sunday Dare.

So how would sports succeed or thrive when the Special Adviser on sports to Mr. President doesn’t visit the presidency and has never had a one-on-one discussion with the later?

Critics say, Amokachi is simply satisfied with the tag Special Adviser to the President. It is being argued that he has never presented any proposal, program, paper or plan concerning sports development to his boss.

They say he has never attended any Federal Executive Council (FEC) meeting which his other colleagues in the presidency attend from time to time on the permission or order of Mr. President or his Chief of Staff. It is even said that, Prof. Ibrahim Gambari, the Chief of Staff to the President has never had any assignment for Amokachi.

He has equally not attended any function on request, instruction, order or on behalf of the President.

So what exactly is or has Amokachi been doing in the last 10 months?

He is supposed to be drawing Mr. President’s attention and proffer solutions on major sporting issues like the several factions within the nation’s sports federations or bodies.

He is supposed to keep reminding the President on the need for budget on sporting events like the Tokyo Olympics which should come from the Sports Minister to be attended to promptly to avoid hitches or delay in the preparation of the athletes among other salient issues.

He is supposed to present or “sponsor” proposals to the Presidency and even FEC on sports development.

It is most unfortunate that none of these is done by the Special Adviser on Sports to the President at least as depicted by his body language and the silence on this by the media. If there are or were any such development, the media will be reporting it.

Amokachi has to be up and doing in his responsibilities before being tagged a failure by members of the sporting fraternity who are already murmuring about his seeming redundancy or inaction.

Whatever the problem or challenge is that is affecting his job or performance…if any at all, he should be bold enough to come out and say it. And if he has actually done some things which the sporting fraternity is unaware of, he should name them before wrong conclusions are reached.