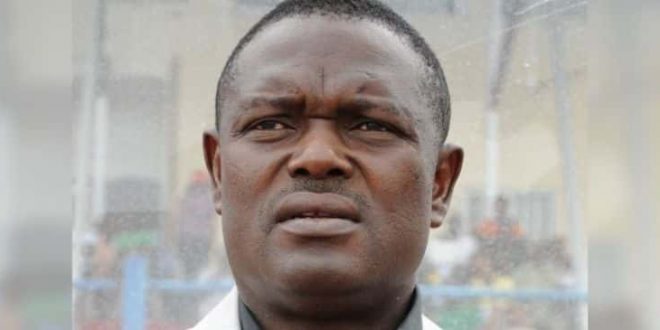 The Technical Adviser of the Rivers United FC of Port Harcourt, Stanley Eguma, has been reported missing.

Egunma who led his team to Gombe State for their match day 27 fixture against the Adamawa United is yet to return to his base in Port Harcourt, Rivers State since Sunday.

Report about his whereabouts is still skirmish, but it is alleged that the gaffer may have been abducted around Enugu axis en route to Port Harcourt.

No ransom has been received from any quarter.

Sources said , Eguma usually ride in his private vehicle to away matches…which may resonate the theory that he may have been kidnapped.