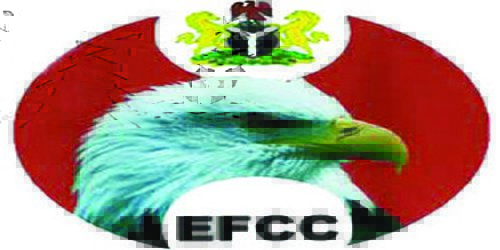 The Economic and Financial Crimes Commission has re-arraigned two ex-directors and top officials of the Federal Inland Revenue Service on allegations of fraud.

They were said to have pocketed huge sum meant for a tour that never happened.

The EFCC re-arraigned the officials on Wednesday at the Federal High Court sitting in Abuja.

Justice Bolaji Olajuwon, who presided over the case, adjourned the matter to September 28 for trial.

The matter was previously before Justice Ijeoma Ojukwu, who was transferred to the Calabar Division of the court.

As a result of the transfer, the matter was to start afresh before Justice Olajuwon.

The EFCC had earlier arraigned a former Coordinating Director of FIRS, Peter Hena and eight other officers of the agency on a 42-count charge bordering on corruption, fraud and criminal misappropriation of funds to the tune of N4,558,160,676.9 before Justice Ojukwu of the Federal High Court before her transfer.

Previous 10 persons in a family die after drinking local herbal mixture
Next Soludo emerges APGA flagbearer,.. most likely the next Anambra gov