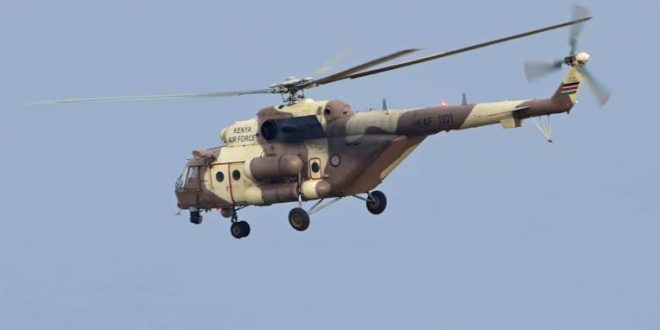 At least 10 Kenyan soldiers were killed, while 13 others sustained injuries after a military aircraft crashed while landing in Kajiado County near the capital Nairobi on Thursday, an official said.

In a statement, Kenya Defence Forces (KDF) spokesperson Zipporah Kioko said all passengers aboard the Mi-171E helicopter are accounted for and that the injured have been airlifted to the Defence Forces Memorial Hospital, Nairobi.

“Regrettably, following the crash, we suffered fatalities. The process of communicating with the families to relay the information and KDF condolences are underway. The entire KDF thanks the locals and all the first responders for their assistance during the rescue,” stated Kioko.