Find the latest bookmaker offers available across all uk gambling sites www.bets.zone Read the reviews and compare sites to quickly discover the perfect account for you.
Home » Entertainment » Celebrity » 25 Years After : The Jumper Gets Her Flat via Sanwo-Olu 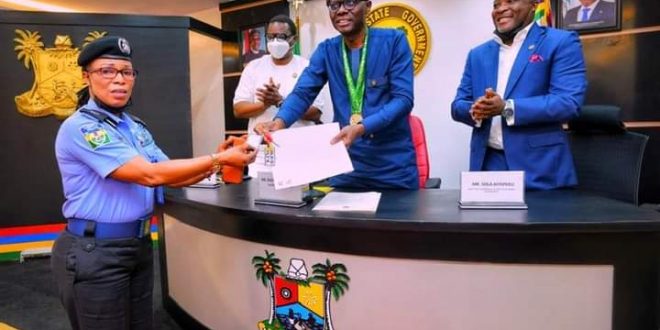 25 Years After : The Jumper Gets Her Flat via Sanwo-Olu

It was an emotional moment for Olympian Chioma Ajunwa after Governor Sanwo-Olu announced the redemption of the reward of a 3-bedroom flat for winning the long jump gold at the 1996 Atlanta Games on Thursday.

In 1996 Chioma Ajunwa leapt into the history books inside the Olympic Stadium in Atlanta Georgia, USA .
She beat all others to the Olympic Good medal of the Women long jump Event and became the first Nigerian to win an Olympic Gold Medal .
On arrival in Nigeria , after the Atlanta 96 Games , the Police woman was Celebrated and the then Lagos State Military Administration promised her a 3 Bedroom flat for her feat. The promise went unfulfilled for 25 years .
On Thursday June 24, 2021 Governor Babajide Sanwoolu redeemed the pledge that was made 25 years ago to Olympian Chioma Ajunwa . Ajunwa now a Deputy Commissioner of Police could not contain her joy .

Tags 25 Years After : The Jumper Gets Her Flat slideshow. news