Find the latest bookmaker offers available across all uk gambling sites www.bets.zone Read the reviews and compare sites to quickly discover the perfect account for you.
Home » Entertainment » Celebrity » Behold, the wife Ataga left @ at home to date Chidinma 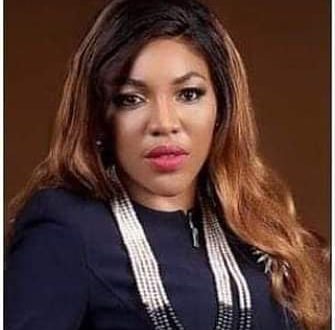 Behold, the wife Ataga left @ at home to date Chidinma

Brenda Ataga is the wife of Michael Usifo Ataga, a Nigerian billionaire, who was gruesomely stabbed to death, multiple times by his side chic, Chidinma Ojukwu, who has since been arrested.

Chidinma, an undergraduate of the University of Lagos, two day ago confessed to have stabbed Ataga who would have been 50 years old this month, in several places at a rented Airbnb in Lekki area of Lagos, killing him in the process.

The late Ataga’s wife, Brenda is the National Project Coordinator of the LPG Gas Expansion Programme, in the office of the Honorable Minister of State for Petroleum Resources, Timipre Sylva.

She had previously served as the Special Adviser on Downstream and Infrastructure between 2015 and 2019.

She is a Mid/Downstream Commercial Strategist with over 15 years of experience in the Oil and Gas industry and a 2018 Nominee of the prestigious Arch Bishop Desmond Tutu Fellowship.