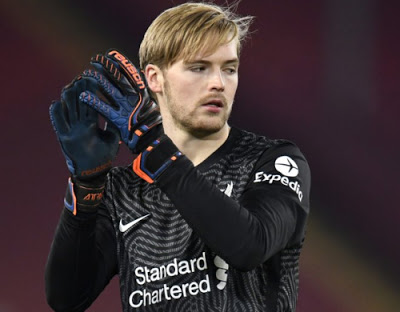 The 22-year-old made five first-team appearances and featured in both the Premier League and Champions League last season.

Kelleher also won his first cap for Republic of Ireland earlier in June, coming on as a second-half substitute against Hungary in Budapest.

“I am happy to get it over the line and finally done; it was in the pipeline for a few months with negotiations and stuff, so I am delighted to get it done,” Kelleher said.

“For me, it was a positive moment to commit my future to the club for the next few years. It’s such a big club and it’s an honour to be a part of it, so when I got the chance to sign for a few more years I was obviously delighted. I just want to keep my progress going at the club, really.”

Kelleher made his Champions League debut for the club on December 1 last year when he started against Ajax at Anfield as Jurgen Klopp picked him to deputise rather than Adrian in the absence of regular No 1 Alisson.

An abdominal tear sidelined Kelleher for a significant part of the final stages of the season, which culminated with Liverpool securing Champions League qualification on the final day of the league campaign.

“It was a big year for me in terms of playing the first-team games this year and more important games; being thrown into the Champions League and Premier League games was big for my development and being able to handle that,” he added.

Previous 10 Soldiers die, 13 Others injured as Military Aircraft crashes
Next 25 Years After : The Jumper Gets Her Flat via Sanwo-Olu