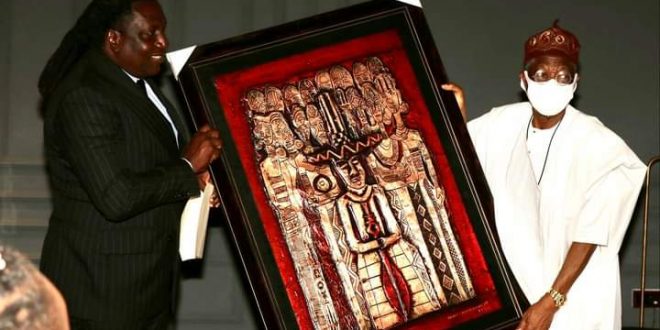 The Minister of Information and Culture, Alhaji Lai Mohammed, has commended the Association of Advertising Agencies of Nigeria (AAAN) over its planned national unity campaign, describing the campaign as a ‘very patriotic move’ on the part of the association.

Segun Adeyemi
Special Assistant To The President (Media)
Office of the Minister of Information and Culture
Lagos, made this known on 25 June 2021

The Minister gave the commendation at a meeting with the AAAN in Lagos on Friday, while responding to the announcement by the association to launch the campaign on 1 Oct. 2021.

“What has really impressed me most today is your readiness to partner with the Federal Government to actually run a campaign on national unity. I think this is a very patriotic move, we commend it and we are very eager to partner with you.

“We must resist the temptation of some very selfish elite, who are giving the impression that Nigerians will not want to stay as a nation,” he said.

Alhaji Mohammed said Nigerians should not allow anarchists and unpatriotic people to drive a wedge between them in order to
disorganize the country for selfish reasons.

He acknowledged that there are some challenges confronting the country, especially in the areas of security and the economy, but
noted that the government is working hard to fix these challenges in order to have a prosperous nation.

The Minister expressed delight that corporate organizations like the AAAN are realizing the fact that without a peaceful and united
Nigeria, they will not be able to successfully carry out their businesses.

He said he would leave no stone unturned in ensuring that advertising takes its pride of place, stressing the need to triple the advertising revenue in Nigeria through the introduction of the audience measurement system and the reform of the National Broadcasting Commission.

“It has always been my passionate mission to ensure that we increase revenue from advertisement in Nigeria to at least three times of what it is now because, given our population and market, there is no reason why we should not be doing better than South Africa or Kenya,” Alhaji Mohammed said.

In his remarks, the President of the AAAN, Mr. Steve Babaeko, appealed to the Minister to give the advertising industry a pride of place,
especially in accessing some intervention funds in the Central Bank of Nigeria and the enjoyment of tax holiday like other players in the Creative Industry.

He also commended the Federal Government over the appointment of Dr. Olalekan Fadolapo as the Registrar and Chief Executive Officer of the Advertising Practitioners Council of Nigeria (APCON), saying he came to the job with a huge wealth of experience from the industry and that his appointment will further strengthen the relationship between the
government and the advertising industry.

The Minister was accompanied to the meeting by the Registrar/CEO of APCON, Dr. Fadolapo; as well as the Directors-General of the Nigerian
Television Authority and the National Broadcasting Commission, Mallam Yakubu Ibn Mohammed and Mallam Balarabe Shehu Ilelah, respectively
.