Find the latest bookmaker offers available across all uk gambling sites www.bets.zone Read the reviews and compare sites to quickly discover the perfect account for you.
Home » Entertainment » Celebrity » One Dies as Robbers Fleeing With Snatched Car Ram Into Road Median 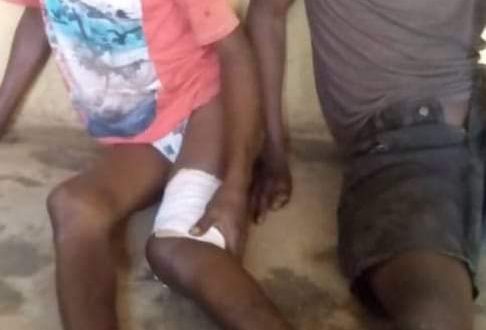 Three members of an armed robbery gang on Sunday, June 19, 2021, got more than they actually bargained for as, after committing the criminal act of dispossessing a man of his Toyota Camry car, at gun point, while escaping, they got involved in a fatal accident that claimed the life of one of them.

The hoodlums, Crime Puzzle learnt, rammed into a road median at Ode-Remo in Ogun State and the vehicle somersaulted.

The three occupants of the vehicle, later indentified as Emeka John, Sunday Emmanuel and Idris Ibrahim sustained a varying degree of injuries.

Unknown to sympathizers, including policemen from the Ode-Remo Division that they were armed robbers, the police detectives raced to the scene to rescue them and rushed them to a hospital.
It was in the course of that, inform reached the police that they had seized the vehicle from the owner at gun point in Ondo State and were heading to Lagos State when the law of retribution caught up with them.

According to Ogun State Police Public Relations Officer (PPRO), Abimbola Oyeyemi, “While in the hospital, the DPO, Ode-Remo Division, CSP Fasogbon Olayemi, received information that the vehicle in question was snatched at gunpoint by the accident victims”.

The PPRO added in press release that the owner of the vehicle, apparently coming after them from the point of robbery, narrated how the hoodlums snatched the vehicle from him saying, he was accosted on the road by a gang of five men in police uniform, who dragged him out of the car at gunpoint and took it away.

On that basis, the DPO, with the same speed he rushed to the scene of accident, to rescue the suspects to the hospital, was applied in ensuring they did not regain consciousness and escape from the convalescent centre.

He quickly ordered their immediate placement under arrest right in the hospital, during which, one of them was pronounced dead by the hospital management.

The remaining two survivors of the accident, Sunday Emmanuel and Idris Ibrahim, have been ordered to be transferred to state Criminal Investigation and Intelligence Department of the Ogun State Police Command, a directive given by the Commissioner of police, CP Edward Awolowo Ajogun, for onward transfer to Ondo State Command for prosecution.