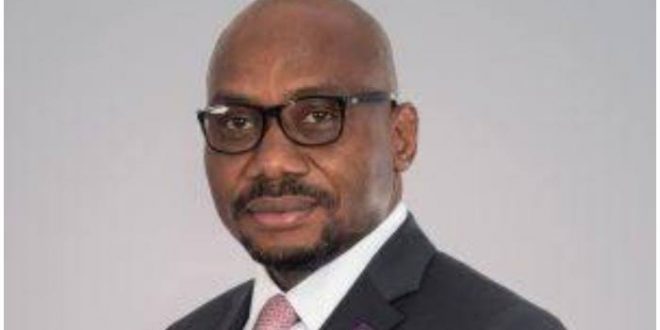 House of Representatives’ Ad Hoc Committee on Assessment and Status of All Recovered Loots Movable and Immovable Assets from 2002 to 2020 by Agencies of the Federal Government of Nigeria for Effective Efficient Management and Utilisation, on Thursday, grilled the Acting Managing Director, Polaris Bank Limited, Innocent Ike, over an account belonging to the Nigerian National Petroleum Corporation.

Over $200m was said to have been allegedly hidden in the account, which was opened in 2012.

Polaris Bank, formerly Skye Bank, said it forwarded the balance to the Central Bank of Nigeria in compliance with the Treasury Single Account policy of the Federal Government.

The committee, however, invited the NNPC to come forward and explain the circumstances surrounding the account, while asking the bank to forward evidence of the remittance within one week.

Chairman of the committee, Adejoro
Adeogun, had noted that a special prosecutor to the defunct Special Presidential Panel for the Recovery of Public Property, Mr Tosin Ojaomo, raised the alarm over the alleged maintenance of an account with the Deposit Money Bank against the TSA policy.

Adeogun noted that several top government officials had been summoned and appeared before the committee to account for recovered loot.

He said, “In the course of our ongoing inquiry, we did find out that there were depositions; they alleged that there were infractions by your bank and there were gaps in the records supplied by some of these agencies, and you have been invited to give your side of the story.”

Ike, in his presentation, recalled that the defunct Skye Bank was enmeshed in financial and administrative crises, making it difficult to meet its obligations.

According to him, huge credit facilities were granted to operators in the petroleum sector following there was a major crash in global oil prices.

Ike noted that it was a normal banking service to the NNPC, adding that the account was opened before the TSA policy was introduced.

“Permit me to conclude that the money deposited at Skye Bank and Polaris Bank was at no time hidden from any government agency and, therefore, we do not believe that it should be classified as looted funds at all.

“At that same time, the bank, among other things, was unable to honour the directive to remit all government funds to the TSA, inclusive of the NNPC fund. So, when we came on board, it was one of the challenges that we had to deal with at that point in time.

“The account was opened in early 2012. The first transfer was about $30m. Subsequently, some more money actually came in.

“So, it was an all banking relationship. But then, when these instructions were issued, the bank was not able to remit this money as directed because of the liquidity issue.

“The bank lent out money particularly to the oil and gas sector. Because of the challenges that the sector had gone through earlier, customers were not able to pay back all the money at the time that was required to enable the banker to pay the money.

“Somewhere along the line, the Federal Government, through the disbanded Special Investigation Panel for Recovery of Looted Property instituted a suit against Polaris Bank on the same matter.

“In 2019 February, in demonstration of our commitment to begin to repay the money, we made a proposal to begin to make an instalment payment of $10m monthly and we started payment the same month.

“Because the Federal Government found merit in our case and since we began the payment, subsequently the government had pleaded that the monthly payment should be entered as consent judgment, and it was so done.

“As of today, we have made a total payment of $224,324,958.75 which was outstanding as of February 19. Today, we therefore have nothing – not a dollar, nor a cent – outstanding in Polaris Bank in favour of NNPC. We have attached evidence of payment and remittances.”

Reacting to the allegation of operating a secret account, the NNPC said all its accounts were with the Central Bank of Nigeria.

In a response to an enquiry, NNPC’s Group General Manager, Group Public Affairs Division, Kennie Obateru, said the corporation had been complying with the directive of the Federal Government as pertaining its accounts.

He said, “All NNPC accounts are with the CBN in compliance with the FG (Federal Government) directive. You may wish to investigate further to verify the claim.”

Previous UEFA to scrap ‘away goals rule’..with reasons
Next One Dies as Robbers Fleeing With Snatched Car Ram Into Road Median