Find the latest bookmaker offers available across all uk gambling sites www.bets.zone Read the reviews and compare sites to quickly discover the perfect account for you.
Home » Entertainment » Celebrity » Police narrate how Chidinma was tracked, traced and arrested 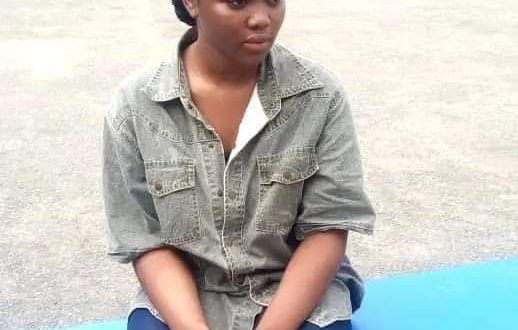 Police narrate how Chidinma was tracked, traced and arrested

During her parade, Chidinma confessed to withdrawing N380,000 from the deceased’s account to pay her school fees.

The state Commissioner of Police, Hakeem Odumosu, had earlier said the 21-year-old undergraduate was tracked for 48 hours and was arrested at her parents’ residence in the Yaba area of the state on Wednesday.

Odumosu said, “The victim, one Usifo Michael Ataga, happened to operate a media house. The lady, Chidinma Ojukwu, 21, a 300-level Mass Communication student of the University of Lagos, checked into the service apartment in Lekki with the man on a Sunday.

“They were there together as friends, but on Tuesday, she departed and left the man inside. So, when the man did not come out on Tuesday and Wednesday, those who were evacuating the trash bins went in to do their normal duty and discovered that the door to the apartment was half opened.

“When they entered, Ataga was found on the floor in a pool of blood. He wore only his pair of boxers. So, we started our investigation and we were able to track the prime suspect and got her arrested. She has confessed to the crime.

“She said the drugs and alcohol that both of then took got them high and they were trying to have fun, but she resisted and the man insisted on having his way and that led to the fracas. She reached out for the kitchen knife and stabbed the man twice in the neck and once in the stomach. After he died, she took his belongings and fled.”