Find the latest bookmaker offers available across all uk gambling sites www.bets.zone Read the reviews and compare sites to quickly discover the perfect account for you.
Home » buhari » Revealed : Why Buhari won’t stay more than 21 days on medical trip 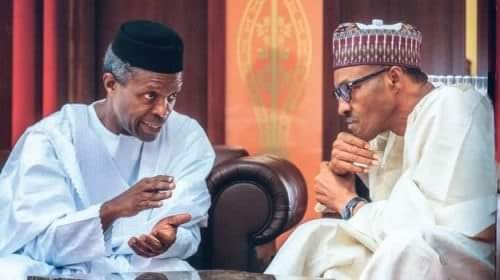 There was no indication on Thursday that the President would be handing over power to Osinbajo, even as he travels for medical reasons.

When the President travelled for several months between 2016 and 2018, he transmitted power to his deputy.

However, in the last two years, Buhari has not done so for unexplained reasons.

In 2019, Activist, Inibehe Effiong, sued the President for travelling to the UK on vacation without transmitting a letter to the National Assembly empowering Osinbajo to take over in line with Section 145 of the constitution.

However, Justice A.O Faji ruled that Buhari was not under a duty to handover to Osinbajo unless he was absent for a period exceeding 21 days. The Presidency had also issued statements defending Buhari’s decision not to transmit power to Osinbajo.

Recall that the President had on Tuesday March 30, 2021 embarked on a medical trip to London for a routine medical check-up and returned two weeks later.

If the President had stayed in London for more than three weeks during his March trip, it would have been mandatory for him to hand over to the Vice-President, Prof. Yemi Osinbajo, as demanded by the constitution.