Find the latest bookmaker offers available across all uk gambling sites www.bets.zone Read the reviews and compare sites to quickly discover the perfect account for you.
Home » Entertainment » Celebrity » BREAKING: Derek Chauvin sentenced to 22.5 years in prison for murder of George Floyd 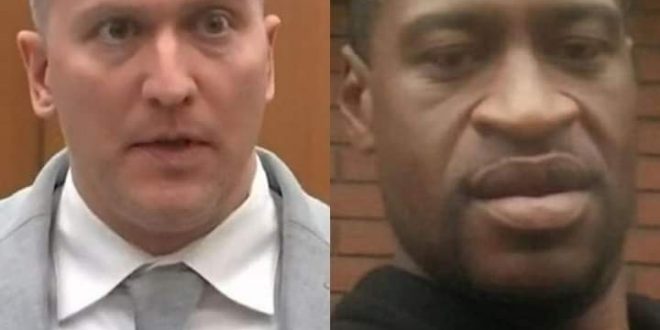 BREAKING: Derek Chauvin sentenced to 22.5 years in prison for murder of George Floyd

The Minneapolis police officer, Derek Chauvin, was on Friday night sentenced to 22 and a half years in prison for the second degree murder of George Floyd in May 2020.
Announcing his sentence this night, the judge said the sentencing was based solely on legal facts and not on emotions or sympathy or on public opinion.
The prosecutors had asked for Chauvin to serve at least 30 years while Chauvin’s defence team had asked that he got a probation or a lighter sentence.
Chauvin was in April convicted on three charges- second degree unintentionl murder, third degree murder and second degree manslaughter.