Find the latest bookmaker offers available across all uk gambling sites www.bets.zone Read the reviews and compare sites to quickly discover the perfect account for you.
Home » Whistle Blower » Crime » Details of how Akin murdered, cut girlfriend to pieces after having sex with her 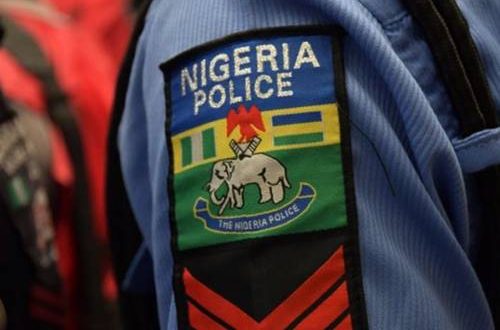 Details of how Akin murdered, cut girlfriend to pieces after having sex with her

39-year old Kabiru Oyeduntan, who was arrested by the police in Osun State for the murder and dismembering of a lady in Apomu, Isokan Local Government Area of Osun State, tells BOLA BAMIGBOLA about his involvement

Q: Can you identify yourself?

A: My name is Kabiru Oyeduntan. I am an indigene of Ikoyi and Apomu. My mother is from Apomu while my father is from Ikoyi. I am 39 years old and I am a bricklayer. I also work as a nightguard.

Q: Where do you live and what led to your arrest?

A: I live in the Agunla area of Apomu in the state. I was arrested for killing a lady. But I didn’t kill her. Akin, my friend who brought the girl to my house, killed her. But I helped him to hold the girl’s legs when he strangled her. Akin fled; we have not seen him since (I was arrested). He is a herbalist and he is also called ‘Alupaida,’ (magic).

Q:Who was the lady to you?

A: Akin said she was his girlfriend and I didn’t know that that (killing her) was what he wanted to do to her in my room. He brought her and had sex with her and, thereafter, killed her.

Q: When he brought the lady to your apartment, what did he tell you he wanted to do with her?

A: Like I said earlier, he told me he wanted to have sex with her. But a day before he brought the lady, he had informed me of his plans to engage in a money ritual.

Q: Did you plan to engage in the act together?

A: No. When he mentioned it to me, I told him I was not interested because I have a job that I do and I get paid.

Q: Where were you when they had sex?

A: I waited for them outside. After a while, I went in and met him strangling the girl. I wanted to run but he pleaded with me to stay and assist him.

Q: How did you assist him?

A: I held the girl’s legs while he strangled her.

Q: Where does Akin live and what does he do for a living?

A: He lives in Ikoyi (in Osun State). I don’t know exactly where he lives. He said he had just rented a house. He would have taken me there if I had not been arrested. But when I was arrested, policemen insisted we go to Tarmac (a point where Akin used to relax in Ikoyi). I was even telling them (policemen) how we could catch him, but they didn’t listen to me until he escaped.

Q: What did Akin promise you before the girl was murdered?

Q: After killing her, what did you do?

A: Akin asked for a knife and I gave it to him. He dismembered her and kept the body parts in a box.

Q: Is he aware you have been arrested?

A: He must be aware. He was even calling me in front of the policemen after I had been arrested and they all heard us as we were talking.

Q: How many people have you and Akin killed together?

A: I have never joined him before. This is the first.

Q: How were you caught?

A: My elder brother’s wife sensed we had committed a crime in my room. She must have seen (us) or heard a noise from my room. She informed those that arrested me. I was caught when I went to Oja to buy Indian hemp. I deserve whatever happens. But I plead for leniency. Nigerians should forgive me. Greed led me into this.

cut girlfriend to pieces after having sex with her Details of how Akin murdered slideshow. news 2021-06-29
Younews Ng
Share

Tags cut girlfriend to pieces after having sex with her Details of how Akin murdered slideshow. news