Find the latest bookmaker offers available across all uk gambling sites www.bets.zone Read the reviews and compare sites to quickly discover the perfect account for you.
Home » Entertainment » Celebrity » (Opinion): Fashola at 58: My observation from close quarters 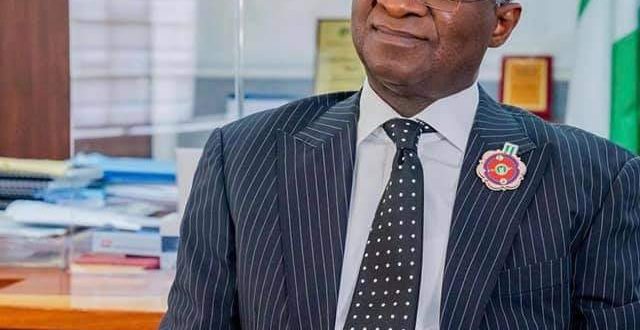 (Opinion): Fashola at 58: My observation from close quarters

It seems just like yesterday when a fresh-faced 43-year-old lawyer and then Chief of Staff to former Governor Bola Ahmed Tinubu sauntered into our collective consciousness, aspiring to succeed his boss as governor of Nigeria’s most important state. Relatively unknown in the political calculus of the state, Fashola was a breath of fresh air – youthful, measured, mild-mannered and gifted with a nonpareil oratorical skill. His entry into the race, it would later be discovered, was masterminded by Tinubu.

How could Tinubu have supported the little known lawyer, a Senior Advocate of Nigeria though, ahead of more formidable politicians? Many wondered. Tinubu stood his ground. With the benefit of prescience, he had seen in the University of Benin graduate what many did not see. As God would have it, the good people of Lagos State voted massively for Fashola in the 2007 governorship polls. It was only a matter of time before the whole world started seeing in Fashola what Tinubu had seen.

Fashola would prove to be a different kind of governor. Prudent, yet prodigious; painstaking, yet proactive, the Lagos that Fashola met needed rejuvenation and resurgence. And he diligently and fearlessly went about these. Not a few would remember his cleansing of Oshodi, until then a deplorable, seamy underworld of all criminal activities known to humanity. And the hotbed of avoidable traffic gridlock. By the time Fashola divested Oshodi of its infamous toga, it became a marvel, a sedate thoroughfare with orderly traffic. That was all he needed, among other achievements in the early years, to tell Lagosians that it was not going to be business as usual for his administration.

As his exciting, fast-paced, work-filled and praise-worthy odyssey as helmsman of Lagos State unfurled, Fashola evolved as an administrator par excellence into a globally-admired leader. Through the rough and tough times, the frustrating times of enlightening people about why certain policies or decisions had to be taken; why, for instance, Okada had to be banned on major highways to reduce the incidence of accidents on Lagos roads despite the concomitant loss of jobs; banning roadside trading; and the labyrinthine tax system among others; Fashola held his head high.

He turned Lagos around, re-engineered its economy, making it one of the fastest-growing in the continent; combatted the outbreak of the Ebola Virus Disease like a Trojan in 2014; soothed the sorrows of people during adversities; built them affordable homes; and constructed new roads where there were none among other success stories.

He always held that governance should be about the good of all, not a negligible section of the populace. Without much ado, by the time the All Progressives Congress, APC, came on board in 2014, Fashola unwittingly became its poster boy. And he parlayed his star power for the gains of the APC in the presidential and governorship elections in 2015.

About 14 years after he made his debut on the political soapbox, Fashola has become one of Nigeria’s most adored and positively viewed politicians of his generation. While he has never believed in the fanfare and pomp and circumstance of birthday celebrations, the outpouring of well-wishes from across the world are a pointer to the fact that he has impacted mankind in his various political offices and given the opportunity, would do even more.

Tags Fashola at 58: My observation from close quarters news slideshow