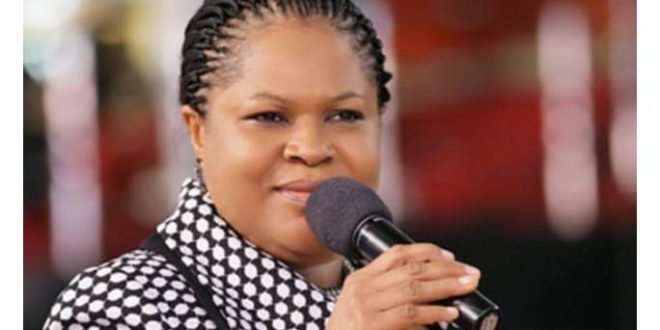 The Synagogue Church of All Nations (SCOAN) has said successor of its late founder, Prophet Temitope Balogun Joshua, popularly known as TB Joshua has not been determined.

Earlier it was said officially that the wife of the late prophet, Evelyn will take over.

But it is clear now that it is yet to be resolved.

The cleric died on June 5 after he had preached in one of the church’s programmes.

At a briefing, yesterday, at the church’s headquarters in Lagos, the church announced that activities lined up for the burial ceremony would last for one week, beginning from July 5 to July 11, even as it stressed that the COVID-19 safety protocols, as laid down by government, would be strictly adhered to.

Reacting to questions from journalists, Gary Tonge, who spoke on behalf of the church, said an announcement would be made on who steps into the shoes of TB Joshua in due course. He said finding his successor was not an administrative issue, but a decision that would be taken through the leading of the Holy Spirit. He also assured that the founder’s philanthropic gesture for the less-privilege would be sustained by the church.

Said Tonge: “His supernatural call home was met with an outpouring of millions of testimonies and tributes from 195 countries – representing every tribe, every tongue and every nation on the face of the earth. In Prophet TB Joshua’s own words, ‘The beauty of our achievement is when we longer live and our achievement is still there, continuing to linger on in the eyes and ears of children yet unborn.

“We wish to inform you that July 5 to July 11 is dedicated to a series of laying-to-rest activities tagged ‘Celebrating the life and legacy of Prophet TB Joshua (1963-2021) – not mine but God’s own. Details of the programme is as follows – July 5 is slated for candlelight procession, starting from 6pm, but would be a private service. July 8 is lying-in-state, from 11am to 5pm for people to pay their last respect to the cleric. While July 9 is laying to rest service and interment from 10am for selected people. And there would be a thanksgiving service at the church on July 11 from 9am to 11am.”

Prophet T.B. Joshua is a man of the people with global influence and we know that the eyes of the world are upon this event. In our abiding commitment to the ideal of responsible corporate citizenship, we wish to assure you that we are working hand in hand with the Lagos State Government and Ministry of Health, both at state and federal levels.

Wife was to succeed T. B Joshua as Church Head..and this was already agreed by the elders.She was to take over the leadership of Synagogue Church of All Nations founded by Prophet TB Joshua (OFR).

TB Joshua proposed to Evelyn within 45 minutes of meeting her. And he called her Ibeji which nobody in Lagos was aware of. Ibeji mean twins. She was shocked and the marriage was successful but difficult initially bc of cultural shock. Evelyn is from Okala Okpuno Oshimili North LGA Delta State. They have 3 children, two of them Serah, a lawyer and Promise who read International Relations all went to London School of Economics. The family has not disclosed any info about the third daughter.

Evelyn was chosen so that the $15m church worth will not decay. She is more interested in children ministry. But she has no choice than to head the Church.