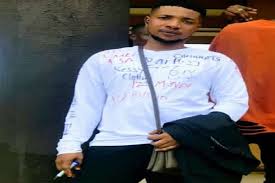 A 400-level student of the Department of Political Science, University of Benin, Austin Izu, has been shot dead by yet-to-be-identified gunmen in his friend’s off-campus hostel room on the Federal Girls College Road, Ugbowo.

The deceased, who sat his final examination last week, was alleged to have come from the upper floor of the hostel to visit his friend, Walter Emaka, who stays on the ground floor of the same hostel.

The gunmen were said to have come into the room and shot the deceased in the head, while Walter narrowly escaped with gunshot injuries.

A source in the school, said the case was reported at the BDPA Police Station under the Ugbowo Division.

When Police visited the scene. It was reported
“We visited the scene of the incident. It was gathered that four armed men wearing face masks entered the room and shot at the deceased and one Walter Emaka. Emaka was shot in the upper arm and is responding to treatment at the UBTH. Four expended cartridges were recovered from the scene with photographs taken.

“The corpse has been deposited in the UBTH mortuary for autopsy and preservation. Investigation is on to arrest the suspects. The case will be transferred to the State Criminal Investigation Department.”

Similarly, a student of the Computer Engineering Department of UNIBEN, Joshua Oginigbo, was shot on the main campus in Ugbowo on Monday in what is suspected to be a cult-related attack.

Previous Discordant tunes from Synagogue on T.B Joshua ‘s successor
Next How Nnamdi Kanu was actually ‘captured’ in Ethiopia