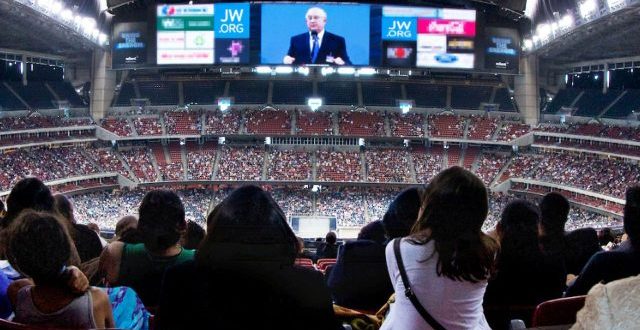 Jehovah’s Witnesses have cancelled nearly 6,000 conventions in 240 countries, as part of efforts aimed at mitigating the spread of the COVID-19 pandemic.

In a statement signed by the spokesman for Jehovah’s Witnesses in Nigeria, Olusegun Eroyemi, the largest convention organisation in the world has moved its yearly in-person event to a virtual format for the second time in many years.

‘Powerful by Faith’ is the theme of the 2021 global event, which will be delivered in more than 500 languages to households throughout the globe over six weekends during July and August 2021, uniting some 15-20 million people in 240 countries.

Since the convention is typically held from Friday through Sunday, the programme will be available in six installments corresponding to morning and afternoon sessions. Friday morning’s session will be available for streaming or download beginning June 28, 2021.

The organisation noted that the continued risk of bringing thousands of people together in cities around the world prompted it to opt for a virtual platform for the second consecutive year.

Eroyemi enjoined the public to link up with JW.ORG on the web or JW Broadcasting on the free JW Library iOS or Android App, or on streaming platforms like ROKU TV, Apple TV, and others, to attend the programmes.