Find the latest bookmaker offers available across all uk gambling sites www.bets.zone Read the reviews and compare sites to quickly discover the perfect account for you.
Home » Entertainment » Celebrity » Nnamdi Kanu complains of heart problem,.. how he spent 8 days in Kenya detention 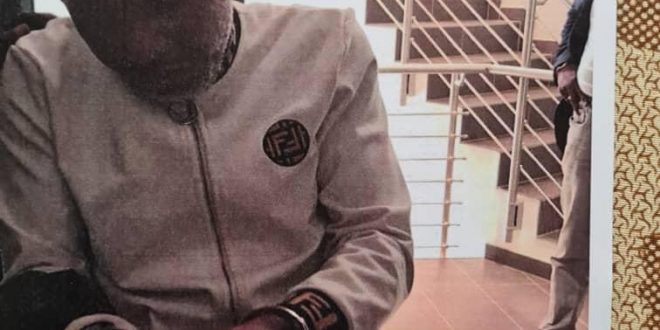 Nnamdi Kanu complains of heart problem,.. how he spent 8 days in Kenya detention

The lead counsel for the Indigenous People of Biafra, Ifeanyi Ejiofor, has said that Nnamdi Kanu was arrested by the Kenyan Government before he was handed over to the Department of State Services.

He also said.. “The Kenya government was deeply involved in the abduction, detention and ill-treatment of my client before the illegal handover to their Nigerian counterpart.”

Ejiofor also alleged that the health condition of the IPOB leader was deteriorating, claiming that a scan showed his heart had widened by 13 per cent as a result of how he was handled by the Kenyan government.

Ejiofor stated this while giving an update of the case on Friday evening on Twitter.

He wrote, “My client, Mazi Nnamdi Kanu, was actually abducted by the accursed Kenya’s Special Police Force on the 18th of June 2021 at their International Airport, and consequently taken to an undisclosed residence under dehumanising conditions.

“He was tortured and subjected to all forms of inhuman treatment which worsened his health condition. He was illegally detained for eight good days in Kenya before being transferred to their Nigerian counterpart.

“He was purportedly investigated on a bogus charge while in their custody, ostensibly awaiting to be handed over after their findings proved him innocent of all the spurious allegations. They later beckoned on their Nigerian counterpart to take over.

Previous No going back on Yoruba Nation Rally in Lagos, today — Ilana Omo Oodua
Next Sunday Igboho opens up..