Find the latest bookmaker offers available across all uk gambling sites www.bets.zone Read the reviews and compare sites to quickly discover the perfect account for you.
Home » Entertainment » Celebrity » Messi scores one goal, creates two others as Argentina beat Ecuador 3-0 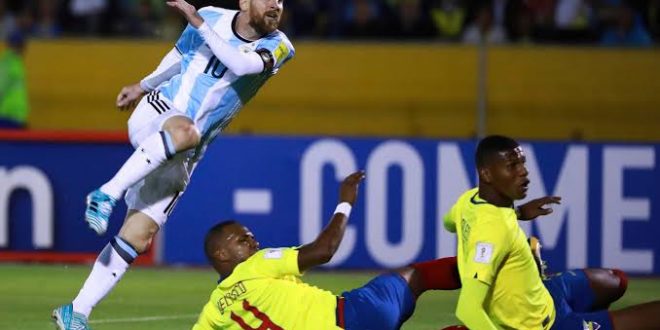 Lionel Messi scored one goal and created two others as Argentina beat Ecuador 3-0 in Goiania on Saturday to reach the Copa America semi-finals.

In Tuesday’s last four match, the 14-time winners will play Colombia, who beat Uruguay on penalties earlier in the day.

The scoreline was harsh on Ecuador, who ended the game with 10 men after Pedro Hicapie’s dismissal but had been competitive throughout.

“The truth is it was a very tough match. We knew the difficulty of playing Ecuador, who work hard with players who are fast, physically strong, young,” said Messi.

“It was a battle until we managed the (second) goal.”

Argentina made a bright start and Martinez almost opened the scoring with a moment of brilliance. He chipped the ball over goalkeeper Hernan Galindez and then volleyed goalwards, only for Robert Arboldea to block the ball on the line.