Find the latest bookmaker offers available across all uk gambling sites www.bets.zone Read the reviews and compare sites to quickly discover the perfect account for you.
Home » Whistle Blower » Crime » 15 bandits perish, as boat capsized on way back from operation 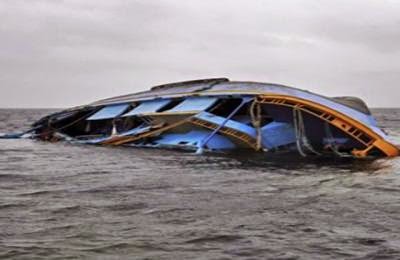 15 bandits perish, as boat capsized on way back from operation

They have all perished in a boat mishap. 15 armed bandits in Niger state as the boat conveying them capsized midway into about three hour journey at river Shiroro in Shiroro local government area of the state.

The mishap occurred on Wednesday last week when the bandits were said to be returning from Kusasu village in Shiroro local government area in Niger state and heading to their base in Wurukuchi village in Kaduna state.

Although no member of the community was ready to comment on the incident for fear of being attacked, a close source to the community who resides at Zumba community said the bandits all drowned in the water and their bodies abandoned to float away.

He said the bandits had earlier relocated to Kusasu from Allawa forests due to the ongoing search and rescue operation of the abducted Tegina Islamic school children by the over 1,000 strong Joint Security TaskForce recently inaugurated by Governor Abubakar Sani Bello if Niger state.

“They were heading to their base in Wurukuchi, a village in Kaduna state after hijacked the boat driver and asked him to take them across the river but fortunately or unfortunately the boat capsized and they all died.

“The boat driver told us that the bandits met him at the river bank doing fishing when they forced him to take them across the river. Throughout the journey the man said he could not concentrate because of fear since he did not know what will be his fate after the journey”.

According to our source, the boat said h was carrying 15 of them when the boat mistakenly capsized and all of them drawn, adding that “nobody could go for rescue operation because of fear. If you rescue them you don’t know what will follow later.” he said