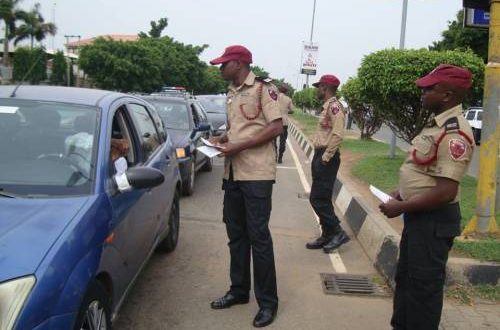 The Plateau Sector Command of Federal Road Safety Corps (FRSC) will on Monday begin a special patrol tagged “Operation Show Your Driver’s Licence”, in an effort to improve road safety.

The Sector Commander, Mr Alphonsus Godwin, made the disclosure on Sunday in Jos in a statement signed by the command’s Public Education Officer, Mr Andrew Bala.

‘This to inform the general motoring public and motorists plying roads in Jos and its environs that the command will be carrying out a special patrol tagged: ‘Operation Show Your Driver’s Licence’.

Godwin said that possession of a valid licence remained a major requirement for driving, adding that absence of it constituted a traffic infraction and endangered lives of road users.

He said that the command was embarking on the special patrol to clamp down on erring motorists and stop quack drivers.

The sector commander appealed to motorists and the general public to cooperate with FRSC personnel in the operation.

He warned that disobedience would attract punishment.