Find the latest bookmaker offers available across all uk gambling sites www.bets.zone Read the reviews and compare sites to quickly discover the perfect account for you.
Home » Entertainment » Celebrity » Heavy knocks on Yomi Fabiyi for producing real life movie on case in Court 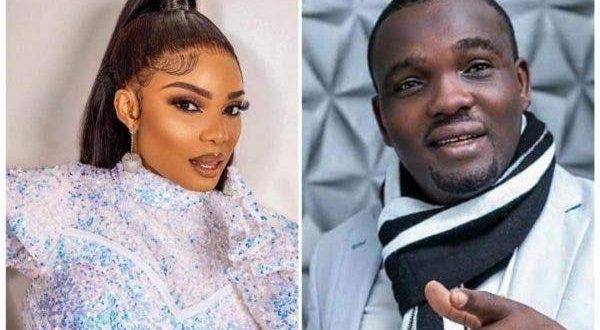 Nollywood actor, Yomi Fabiyi, is under fire for his new film ‘Oko Iyabo’ (Iyabo’s husband), which depicted a case involving a fellow actor, Olanrewaju Omiyinka, fondly known as Baba Ijesha, who was accused of sexually assaulting a minor.

The minor in the case is the foster daughter of comedienne, Princess, and actresses like Iyabo Ojo and Nkechi Blessing had spoken in support of the minor.

Reacting to the movie, Nigerians on social media have slammed Yomi Fabiyi for creating such a movie and for using the names ‘Princess’ and ‘Iyabo’ to depict the real-life situation.

A tweep, @DrOlufunmilayo, wrote, “An underaged girl was allegedly raped in the past by a Yoruba actor. There’s a video proving further attempts by the same man. Yomi Fabiyi makes a movie mocking the child, her mom Princess and Iyabo Ojo the whistleblower. This is a complete utter shame to the entire Yoruba movie industry.”

Another tweep, @usmanashafe, tweeted, “A little girl was molested and one Yomi Fabiyi think it’s time to cash out with the story and then he went ahead to do a movie about it and named it ‘Oko Iyabo’. He knew some Nigerians are extremely foolish to applaud him and watch the movie and he banked on that. Shameful.”

The minor in the case is the foster daughter of comedienne, Princess, and actresses like Iyabo Ojo and Nkechi Blessing had spoken in support of the minor.

However, Yomi Fabiyi took sides with Baba Ijesha during the case and released the movie a few days after Baba Ijesha was released on bail.

Reacting to the movie, Iyabo Ojo, wrote, “The events of the past few weeks involving one of our colleagues before the court has drawn lots of reactions from different quarters

“However, it is necessary we exercise patience, so we don’t fall into the danger of intruding into the sacred issues already instituted.

“Yet, civility demands all parties, both those directly involved and other interested parties hesitate from being too emotional or biased about the plague of child molestation ravaging our society.

“Therefore, as a victim of sexual violence and stakeholder in film industry, we are oblige to jealously guard our actions and activities not to jeopardise the very cherished societal values we hold dear to our hearts.

“It is no longer news that Yomi Fabiyi just released a movie, titled, ‘Oko Iyabo’ that portrayed a young girl with the mischievous career goal to be a prostitute.

“I’m honestly waiting for our elders in the industry to grant another press conference and address the sad issue of a movie that promotes abuse and ridicules a girl child, being a gross violation of the fundamental human right to dignity and more so, against the child rights law of Lagos State.

“This is even against the court ruling that individuals should refrain from commenting or doing anything that would undermine the powers of the court or unduly influence the proceedings in court.

“It is tragic to see a movie teaching our children that it is right to have a relationship with an adult.

In the same vein, Dikeh has criticised Fabiyi as she wrote, “Yomi, I have intentionally stayed off your opinion in recent matters.

“But what you have just done by capitalizing on the pain and agony of a molested child and the slap in the mother’s face, I am ashamed I know you