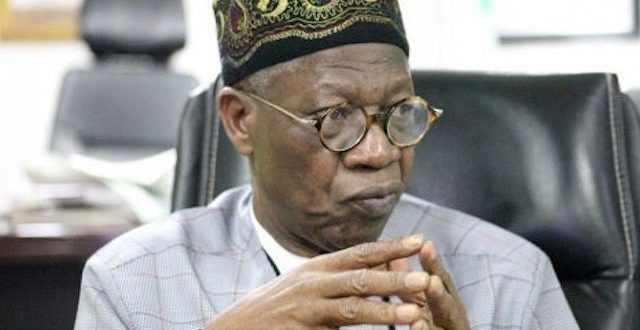 Kwara State Elders caucus of the All Progressives Congress, on Thursday, called for the immediate suspension of the Minister of Information and Culture, Alhaji Lai Mohammed over alleged factionalization of the party, among other anti-party actions.

They also called for Mohammed’s removal as a minister “for he is no longer fit to represent the interest of people of Kwara state”.

However, another faction of APC loyal to the minister threatened to invoke section 21 of the party’s Constitution on the state Governor, Abdulrahman Abdulrazaq, for alleged anti-party activities.

The group at a press conference addressed by the factional legal adviser of the party loyal to the minister, Mr. Oladimeji Mustapha said that the Elders caucus lacks the power to call for the suspension of the minister as the party constitution does not recognize them.

“There is no elder caucus in the constitution of APC and therefore, the call for the suspension and removal from office of the minister was baseless and uncalled for and lack locus standi,’’ he noted.

Members of the Kwara APC elders’ caucus at a press conference in Ilorin on Thursday by their spokesperson, Prince Sunday Fagbemi, had alleged that the minister created a parallel party secretariat in the state.