Find the latest bookmaker offers available across all uk gambling sites www.bets.zone Read the reviews and compare sites to quickly discover the perfect account for you.
Home » Entertainment » Celebrity » Bandits abduct Emir of Kajuru, 13 others 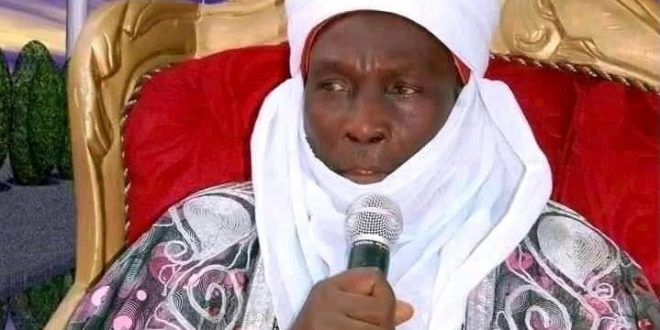 Bandits abduct Emir of Kajuru, 13 others

Bandits have kidnapped the Emir of Kajuru, Alhaji Alhassan Adamu Kajuru and 13 of his family members in his palace in the early hours of Sunday morning.

It was gathered that the 85 year old 2nd class monarch was abducted alongside Salama Kajuru, Abubakar Kajuru and his grandchildren.

The gunmen raided the palace in the early hours of Sunday morning.

“They abducted the Emir and the Salama of Kajuru, Alh Abubakar Kajuru and his grandchildren. All in all 13 family members were abducted with the Emir,” he declared.

There are fears that the Emir might not survive it as he’s too old to undergo the rigous of trekking for hours.”

A source who pleaded for anonymity remarked, that on Friday, the Emir summoned a security meeting over threat to kidnap him.