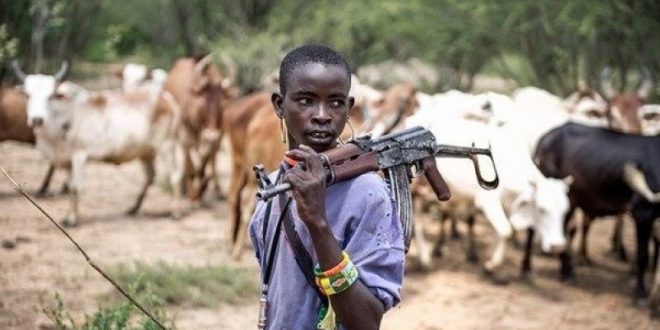 Tajudeen said the attackers inflicted several machete cuts on the victims who bled to death in the absence of assistance to take them to hospital.

The Osun Police Command has, however, transferred the case to the Force Criminal Investigations Department (FCID) Annex, Alagbon Close, Ikoyi in Lagos.

After receiving the case file, the FCID Annex referred it to the head of Team B, the unit in charge of related cases, for action.

Preliminary investigations revealed that the herders, suspected to be of Fulani extraction, had been laying claim to Baba Egbe village and other neighbouring villages in the community before the invasion.

Tajudeen alleged that armed herdsmen had been raiding the village, kidnapping and collecting ransom before releasing their victims.

The invaders, according to him, burnt down the village because the villagers refused to pay ransom