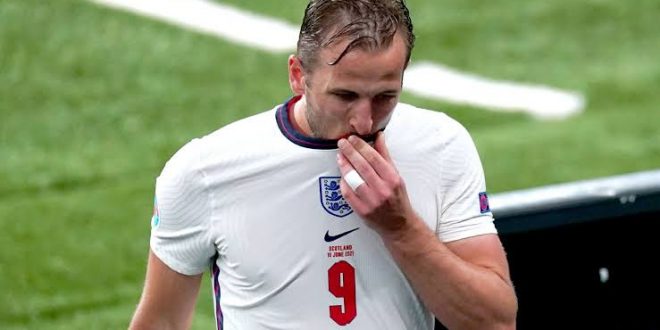 Harry Kane says England’s Euro 2020 final shootout loss to Italy will haunt the players for the rest of their careers as he said Sunday’s defeat was “the worst feeling in the world”.

England fell short 3-2 on penalties after a 1-1 draw through 120 minutes, with Marcus Rashford, Jadon Sancho and Bukayo Saka all failing to convert from the spot.

And so England will go another summer trophyless as they failed to capitalise on their chance to seal a major trophy for the first time since the 1966 World Cup.
“I couldn’t have given more. The boys couldn’t have given more,” Kane told BBC One.
“Penalties is the worst feeling in the world when you lose. It wasn’t our night but it’s been a fantastic tournament and we should hold our heads high.
“Of course it’s going to hurt now. It’s going to hurt for a while, but we’re on the right track and we’re building and hopefully we can progress from this next year.”

He added, “We should be extremely proud as a group of what we have achieved. We’re all winners and want to win so it will probably hurt for a while and it will hurt for the rest of our careers, but that’s football.

“We progressed well from Russia and now it is about continuing that.”

Kane, who finished the tournament with four goals, converted his spot-kick to open the shootout with Harry Maguire also finding the back of the net with his penalty.

However, after that started a run of misses with Rashford, Sancho and Saka, three of England’s youngest players, all failing to convert.