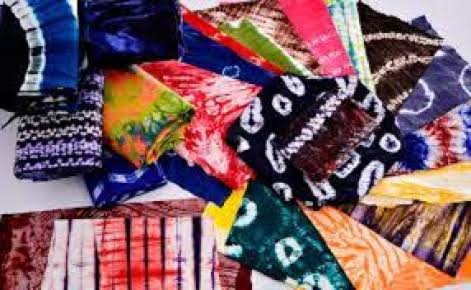 Governor Gboyega Oyetola of Osun State has made it compulsory for public and civil servants in the state to wear “Adire” (local fabric) to work every Thursday to promote Nigerian fashion and culture.

A statement by the Chief Press Secretary to the governor, Ismail Omipidan, on Sunday in Osogbo quoted Oyetola as making the remarks during the state’s International Fashion Week in Osogbo.

Oyetola said that the directive would take effect from August 27.

The governor maintained the initiative was part of efforts to preserve and promote the production of “Adire Osun” as well as bolster the image of Osun as a culturally correct and indigenous product inclined state.

The governor, who was represented at the event by the Secretary to the State Government, Wole Oyebamiji, launched mass production, promotion and marketing of “Adire”.

He said the International Fashion Week and the launch of “Adire Osun” were no doubt giant strides towards diversifying the state’s economy and creating jobs for the teeming youths.

Oyetola said the state government had partnered with Musty Great Development and Alexandria Jones Couture, United State of America to organise the International Fashion Week, for the promotion of Osun brand of Adire for global exhibition

According to the governor, “Adire” is indigenous to Osun and it is not for nothing that Osogbo, the capital, is referred to as ‘Ilu Aro’ (Home of dye).

Oyetola also urged the residents to take advantage of the opportunities offered by the initiative to draw economic opportunities and benefits to themselves for huge economic development.

He said his administration was committed to promote and project culture to the world in a way that would draw attention and attract humongous revenue to the state.

“In furtherance of efforts of this government to preserve and promote the production of Adire Osun as well as bolster the image of Osun as a culturally correct and indigenous product inclined state, every Thursday has been declared Adire Osun Day.

“Consequently, effective from August 27, 2021, all public and civil servants in the state shall wear Adire to work,’’ he said.

In his remarks, the Commissioner for Culture and Tourism, Dr Adebisi Obawale, said the initiative was aimed at unlocking the untapped potential in the areas of culture, fashion and tourism.

Obawale said the purpose was to build marketing channels through which Adire products would be produced, promoted and marketed globally.

They further urged the residents of the state to brace up to their responsibility by promoting their cultural heritage to the outside world.