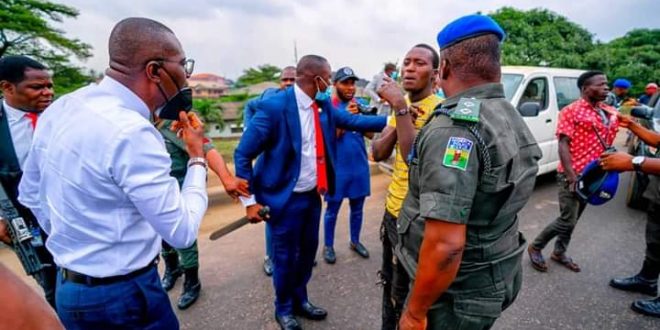 Governor Sanwoolu caught some robbers in the act on Monday, and his security details moved quickly to arrest the Traffic Robbers

They had cornered their victims and were about to strike . The location was Ojota ,Lagos and the three Cutlass wielding tough guys were attacking hapless motorists and dispossessing them of their valuables in rush hour traffic on Monday July 12.

Just then the convoy of Governor Babajide Sanwoolu arrived the scene of the crime.
It was too late for the three toughies to beat a hasty retreat . They were caught by the Governor and his security men in the very act of dragging a victim out of his vehicle.
They were promptly taken into custody.