Find the latest bookmaker offers available across all uk gambling sites www.bets.zone Read the reviews and compare sites to quickly discover the perfect account for you.
Home » buhari » Buhari set to re-present Onochie, after Senate rejection 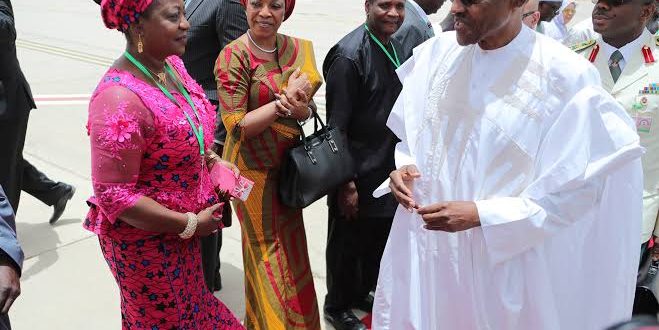 There are indications that President Muhammed Buhari is not given up on making Lauretta Onochie a Commissioner of the Independent National Electoral Commission.

The Presidency on Tuesday reaffirmed its confidence in her…that is despite Senate’s rejection of her nomination.

A Presidency source said that, “The fact that President Muhammadu Buhari — who made the nomination — had not chosen to withdraw it shows that he still has faith in the process and Onochie’s candidature is viable. So far, he hasn’t withdrawn his confidence in Onochie.”

Onochie’s nomination attracted public outcry because of her open partisanship and the fact that her appointment would have amounted to a breach of the federal character principle.

The Chairman of the Committee on the Independent National Electoral Commission, Senator Kabiru Gaya (APC, Kano South), had disclosed that the petitions against the Presidential aide were against the backdrop of her involvement in politics and alleged membership of a political party.

Gaya said, “In the case of Ms. Lauretta Onochie, we studied her curriculum vitae and other relevant documents, followed by exhaustive interaction around the petitions against her nomination which she responded to accordingly, including attesting that she is not a registered member of any political party.”

Previous T. B Joshua was having sex with me & others regularly -Woman confesses
Next 11 parties ask Court to stop July 24 Lagos LG election