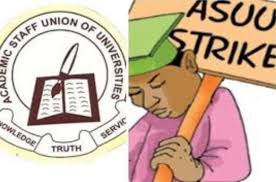 The Academic Staff Union of Universities (ASUU) University of Lagos branch has issued an effective strike notice if the university authorities do not end and reverse unexpected pay deductions.

ASUU insisted that it was not informed or carried along in the process only to be confronted with significant discomfort at paypoint.

In a statement dated July 13, 2021 and signed by UNILAG ASUU Chairman, Dele Ashiru and Secretary, Olusegun Samuel, who are lecturers pointed out the absence of communication, courtesy, consideration…indeed disdain for stakeholders in effecting such drastic measures.

The union said that the failure of the university authorities to engage even after a protest letter dated July 5, 2021 is “contemptuous, insensitive, vexatious and a declaration of war on members through the instrumentality of hunger.”

The deductions appear to be tied to staff loans now overdue.

ASUU rejected the deductions outright with a resolution to proceed on strike yet again laying it’s terms with a 72 hour deadline starting today (Tuesday).

The situation in UNILAG is compounded by a confirmed outbreak of Covid-19 in the students hostels.

The university Senate is billed to meet on July 14 to decide on containment measures including hostel closures and virtual classes despite significant limitations in tech infrastructure.