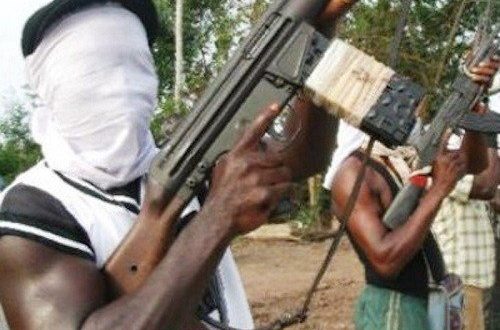 The gunmen numbering about 10 were said to have stormed the residence of the former local council in Marke town, Jigawa around 1:00 am on Wednesday.

The victim identified as Hajiya Fatima is the first wife of the former LGA chairman.

One of the children of the kidnapped victim, Aliyu Ahmad, who confirmed the incident to Channels Television, said the gunmen came in motorcycles.

He added that the family members have been contacted, but no ransom has been demanded.

“Four of the gunmen entered our father’s home all armed, while six others were outside. They beat the women in the house and whisked away my mother on their motorcycle.

“They have called us but they are yet to tell us the amount we have to pay for them to release her. We have also reported the case to the Kaugama divisional police station,” Ahmad explained.