Find the latest bookmaker offers available across all uk gambling sites www.bets.zone Read the reviews and compare sites to quickly discover the perfect account for you.
Home » Entertainment » Celebrity » Mike Adenuga’s secretary accuses him of abandonment after 30 yrs dating 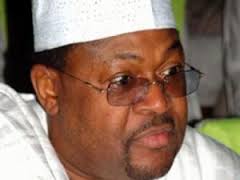 A Sierra Leonean, Lora Olumide Johnson, has accused Globacom boss, Mike Adenuga, of being behind moves to throw her out of her apartment after 30 years of dating him.

The accusation comes amid court rulings granting the Economic and Financial Crimes Commission power to retrieve the property from Johnson in a case of misconduct against her and some other staff of Globacom.

The lady levelled the accusation in a video, which has since gone viral.

In the video, Johnson, who served as Adenuga’s Secretary for 30 years, alleged that she gave him her life, adding that he never did anything for her.

According to Johnson, she has no children or husband.

“I gave my life to Adenuga.

“You want to drive me out of this house.

“How many houses do I have?

“He didn’t do anything for me.

“I don’t have children, no husband.

However, the move to eject Johnson was said to be purely the execution of a court order by the EFCC.

Johnson, sources revealed is facing prosecution for alleged misconducts at her former place of employment, Globacom.

She was accused of inflating air ticket fares and over-invoicing on purchases of vehicles reportedly to the tune of over N1 billion.

The others listed as respondents in the case are Babajide Aremu Johnson, Olabose Ibrahim Falobi, Steve Nnamdi Izebu, Steve Ibem and Bakoliza Limited.

The court by the ruling of Justice A.M. Liman on February 16, 2021 granted an interim forfeiture order on some of the properties and the bank accounts of Johnson and others involved.

The affected persons, including Johnson, however, tried to block the interim forfeiture order with a counter-court case.

They reportedly sought an order to discharge the interim forfeiture of assets, an order discharging the final forfeiture order and any other Court orders.

The July 14, 2021 ruling of Justice A.L. Allagoa on their applications, however, dashed their expectations.

The judgment by Justice Allagoa stated: “That the order of Justice Liman stands in all its ramifications” and that the EFCC is “entitled to take possession of all that property subject of the Order of my Lord A.M. Liman on the 16th day of February 2021”.

It was in the course of executing the court order by the EFCC that Johnson threw up the drama, where she mentioned the name of Adenuga in what is now being branded “emotional blackmail”.