Find the latest bookmaker offers available across all uk gambling sites www.bets.zone Read the reviews and compare sites to quickly discover the perfect account for you.
Home » Entertainment » Celebrity » Obi Cubana Receives 246 Cows From Friends for Mum’s Funeral This Weekend 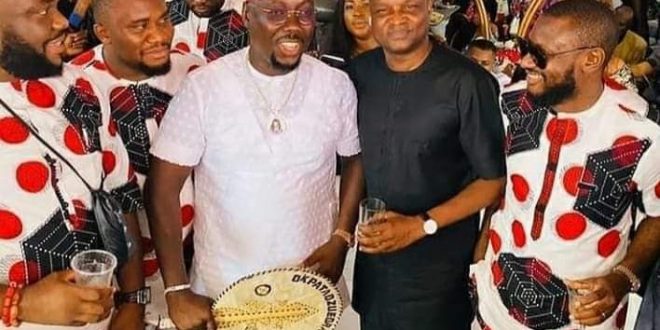 Entrepreneur and nightlife boss, Obi Iyiegbu popularly known as Obi Cubana, said he received 246 cows from his friends for his mum’s funeral slated to hold this weekend at Afor Uzo Oba in Anambra State.

The socialite lost his mother in December 2020 and his friends and associates have continued to send him several gifts as support towards the burial of late Ezinne Uche Iyiegbu.
The chairman Cubana Group, in a viral video, claimed to have received 246 cows and is expecting more as he teased his viewers by inquiring to know those who would love to partake of them.

46 of the cows, he said, were from his former loyal celebrity barman, Cubana Chief Priest.