Find the latest bookmaker offers available across all uk gambling sites www.bets.zone Read the reviews and compare sites to quickly discover the perfect account for you.
Home » Entertainment » Celebrity » Alakija: It’s painful when people attribute acquisition of my oil block to Maryam Babangida 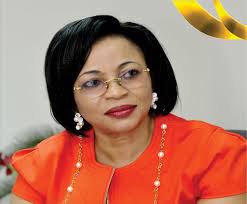 Folorunsho Alakija, the vice-chairman of Famfa Oil, says it is very painful when people attribute her acquisition of an oil block to Maryam Babangida, wife of former military ruler Ibrahim Babangida.

Before her journey into the oil sector, Alakija, who is now regarded as one of Africa’s richest women, made “blouses” for the wife of the ex-military leader.

In May 1993, Alakija’s Famfa Oil Limited applied and was granted an allocation for oil prospecting licence (OPL) and the license to explore for oil on a 617,000-acre block—now referred to as OPL 216.
P
Forbes had dropped Alakija off the 2021 world billionaires list released in April because her fortune dropped below $1 billion due to lower oil prices.

Speaking on Thursday during an interview on Arise TV, the businesswoman said the former first lady helped her facilitate meetings with the petroleum minister at the time, but she (Alakija) had to put in all the work needed to secure the licence.

Recounting her experience, Alakija said a London friend wanted her to help with speaking to Babangida over an oil deal while on a trip to Lagos.

After the friend was denied an inroad into Nigeria’s oil and gas minefield, Alakija said she asked herself how she could secure a contract and diversify her streams of income because she was only a stylist at the time.

She said it took her three years and several appointments with different petroleum ministers to finally get the oil bloc.

“How about all the others who got the license, and weren’t in the oil industry at the time that they got the license? So because they are men, they have two heads? Is it fair on womanhood? Why relegate us to the background. Why say we can’t when we can? When all the prerequisites, the boxes could be ticked?

“Everything that I needed to do, to supply before I could qualify to apply for a license or get one, I made them all available; our technical partners etc. I went here and there, I got everything, and I supplied everything.”

She also recalled the difficulties she encountered after she was awarded an offshore oil block and oil exploration companies declined to partner with her company to drill for oil.

Alakija explained that the oil she eventually bagged was not lucrative at the time and had been rejected by everyone else because the technology to drill it down thousands of feet wasn’t yet in place.

The oil mogul, who clocked 70 on Thursday, noted that her transition from a fashion Entrepreneur to an investor in the oil industry was ordained by God.

She further advised young people to do away with the get-rich-quick syndrome, warning that they may live to regret it

“Also asking questions and putting the answers into this cooking board, just like you want to cook and want it to be a very delicious food at the end of the day.”