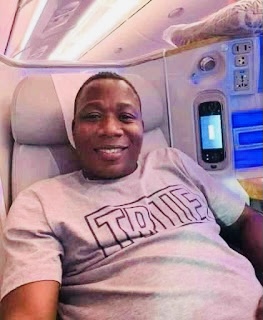 Yoruba Nation agitator, Chief Sunday Adeyemo aka Sunday Igboho has not been released by the authorities of Benin Republic, his media aide Olayomi Koiki has said.

On Tuesday evening the social media was filled news that he was released . A Yoruba group even released statements of Igboho’s release.

Igboho who was arrested in Cotonou on Monday night alongside his wife Ropo Adeyemo has been released and is on his way to Germany.