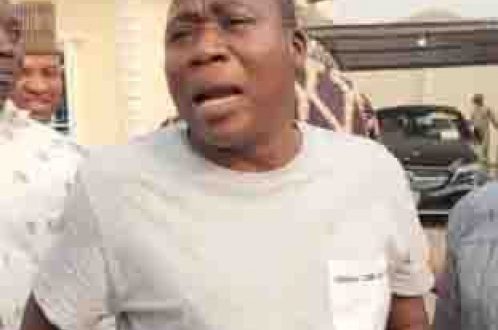 Mrs Ropo Adeyemo, the German-born wife of Yoruba Nation agitator, Chief Sunday Adeyemo, a.k.a Sunday Igboho, has been released by the Court D’Appeal in Cotonou, Benin Republic, and given back her passport. Her husband was, however, not released by the court during its maiden sitting on the Igbo case in Port Novo yesterday evening, Thursday, July 22, 2021. The court rather authorized the Beninoise Police to retain Igboho in their custody and adjourned the case till Friday, July 23, 2021.