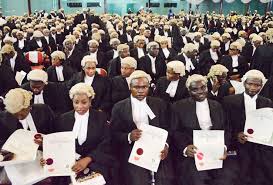 11 lawyers are battling to secure the bail of the Yoruba Nation agitator, Sunday Adeyemo, popularly known as Sunday Igboho, who has been transferred to a new detention facility in Cotonou, Benin Republic.

After Monday’s hearing, Igboho lawyers said the activist’s trial had taken a new twist, noting that new charges had been filed against him.

His lead counsel, Ibrahim Salami, listed the charges against him as illegal migration, dubious connivance with immigration officers and an attempt to cause civil unrest.

Salami said Igboho was “deeply pained” when the judge ordered that he should be returned to the cell after the case was adjourned.

He confirmed in an interview that lawyers would file his bail application “shortly.”

He clarified that the next date for hearing would be fixed after the lawyers had filed the bail application, adding that Igboho’s trial might begin afresh with the new charges.

The lawyers will now go and apply for his bail and get a date for the hearing. We will now defend him against the fresh charges. Also, there is no day for judgement on the old charges

Salami, a professor of Law, stated, “We are now nine lawyers on this case in Benin Republic, among whom only three of us can speak Yoruba. There is no adjournment date. There are now new charges.

Two more lawyers would join Igboho’s legal team, stating, “That will make them 11. The two lawyers are being sponsored by Yoruba in the Diaspora.”

Previous Revealed : Igboho’s ribs broken, jumped from the top of a building !
Next CBN Bans Sale Of Foreign Exchange To BDC Operators