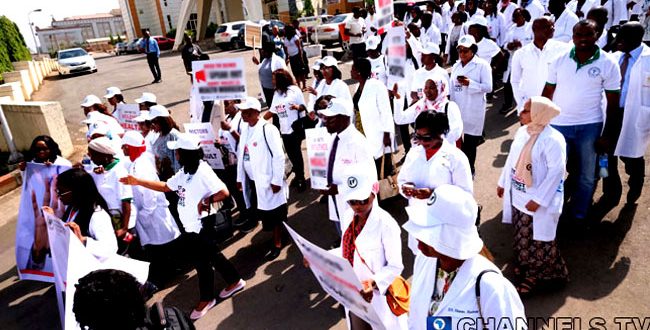 The National Association of Resident Doctors (NARD) has directed its members across the country to embark on a total strike from Monday, August 2.

This directive was issued on Saturday at the end of the executive meeting of the National Executive Council (NEC) of the union held in Umuahia, the Abia State capital.

Briefing reporters at the end of the meeting, NARD National President, Dr Okhuaihesuyi Uyilawa, disclosed that members have been asked to proceed on a nationwide indefinite industrial action.

“We are embarking on a total and indefinite strike on August 2, 2021. You can recall we had a memorandum of action on March 31, 2021, and had an addendum to it on April 9, and since then, we still have had irregularities in the payment of salaries to the house officers.

“We had issues with them being non-regular payment and as part of the memorandum of action, it was said that they should be captured back into the IPPS platform,” he said.

Uyilawa added, “You are aware that we lost 19 members to COVID-19 and death in service insurance was supposed to be paid to their next of kin.

“The last time we met the minister of labour and minister of health, we were told that our members are part of those to be given the insurance benefit, but we found out that their names are not even their.”

He cited the inability of the Federal Government to meet the demands of the doctors as part of the reasons for the decision to go on strike.

The NARD president, however, apologised to Nigerians for the decision which he insisted was a result of the government’s failure in its responsibilities.