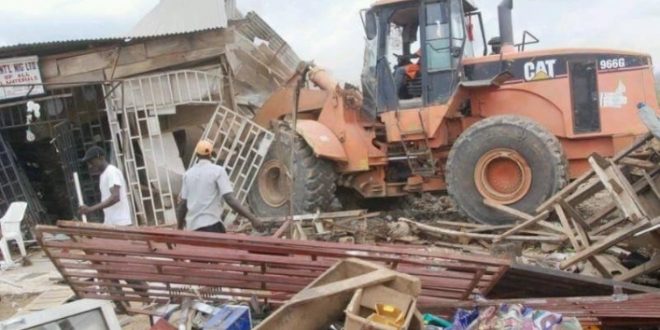 Governor Nasir El-Rufai has ordered the Kaduna State Urban Planning and Development Authority (KASUPDA) to demolish nine identified inhabitable and dilapidated storey buildings and other abandoned structures within five days if the owners failed to rehabilitate such structures.

A statement by the Public Relations Executive of KASUPDA, Nuhu Garba said substandard materials were used in erecting the affected buildings with poor workmanship, thereby making them unstable.

“Kaduna State Urban Planning and Development Authority (KASUPDA) has granted additional five days for the owners of inhabitable and dilapidated developments to comply with the directive given to them.

“Those developments were identified as unstable, inhabitable, dilapidated, abandoned and substandard used of materials with poor workmanship and poor quality of building materials. In view of this, the authority issued notices to the owners and the notices time frame have been expired as noted in the release,” the statement said.

According to the statement, the Authority listed nine numbers of developments located in Kaduna metropolis and suburbs.

KASUPDA advised owners to remove their developments accordingly within five(5) days, stressing that, the Authority will not hesitate to take appropriate action against the defaulters at the end of the expiration.

Previous LAWMA seals Ladipo Market in Lagos !
Next Saraki denies arrest, “I Was at EFCC Office, on My Own Volition”