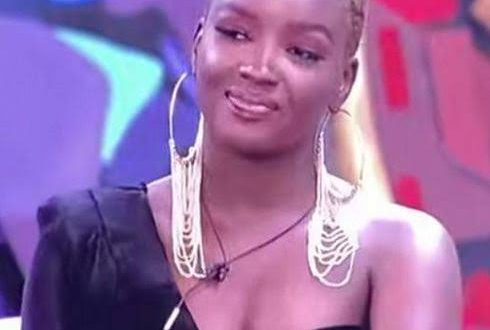 Saskay, a housemate of the BBNaija season six edition, says she brought three vibrators to the ‘Shine Ya Eyes’ house.

Both Angel and Saskay were later advised against the use of vibrators in the house because of the obvious noise.

Angel, however, objected to it, adding that there are expensive vibrators that don’t make noise.

Meanwhile, Saskay, who has been keeping a low profile since she came to the house on July 25, said she’s unsure about her relationship outside the Big Brother house.

The dark model, during her nomination of the wildcards, voted Liquorose and Yerins as the questionable characters in the house.

Previous Saraki denies arrest, “I Was at EFCC Office, on My Own Volition”
Next BBNaija S6: Pere, Maria to nominate housemates for eviction