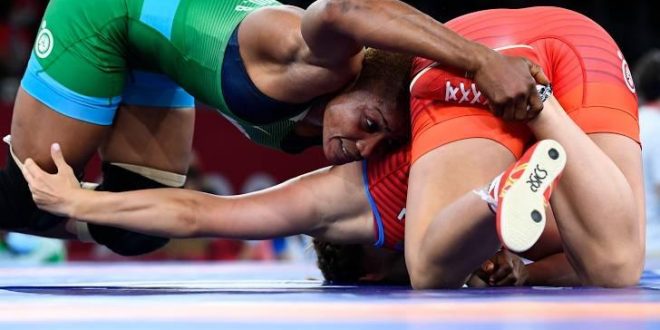 Blessing Oborodudu has qualified for the quarter-finals in the women’s wrestling event at the on-going Tokyo Olympics.

In the early hours of Monday, fighting in the 68kg, Oborodudu defeated Azerbaijan’s Elis Manolova, to breeze into the last eight.

The 32-year-old emerged victorious after overcoming her opponent by Technical Superiority (13-2).

She will now face Meerim Zhumanazarova of Kyrgyzstan for a place in the quarter-finals of the Tokyo Olympics.

Nigeria has never won a medal since taking part in wrestling at the Olympic games.